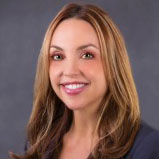 Since starting her work in 1996, Ms. Goldman witnessed tremendous growth in the hospitality and casino space. She spent 15 years at Caesars Entertainment (formerly Harrah's Entertainment) in Las Vegas, NV and saw it through various expansions and acquisitions. Her career with Caesars culminated in her being promoted to Corporate Director of Brand Marketing. From there, Ms. Goldman accepted the position of Executive Director of Brand Marketing at Wynn Resorts, where she became well versed in marketing high end luxury brands.