Get connected and make a difference

The College has a mission to make the world a better place. Our young alumni in the Emerging Leaders program are finding innovative ways to show how a university education in our college can make a difference in our community.

We need talented young professionals to serve as Emerging Leaders on our Dean’s Council to find new ways for our college and community to succeed. To inquire about participation in the council, please contact The College of Liberal Arts and Sciences Office of Development at 480-965-2617 or email lisa.roubal-brown@asu.edu for more information. 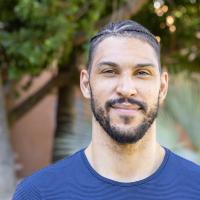 Jeffrey Ayres, formerly known as Jeff Pendergraph, is a professional basketball player and former Sun Devil. He graduated in 2008 with a degree in economics and a minor in african and african american studies. Throughout his basketball career, he has played for a variety of teams in the NBA, won a championship ring with the San Antonio Spurs in 2014, and plays internationally. Jeff is a father of two and spends his time off back in the Phoenix valley. He is dedicated to learning and giving back to others. 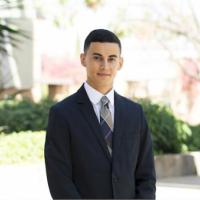 Jorge Coss Ortega is one of the first ever designated O’Connor Fellows at the Sandra Day O’Connor College of Law. In 2017, he graduated with a Bachelor of Science in political science. He was the 2017 Dean’s Medalist for the school and the 2017 Alumni Association’s Outstanding Graduate for the college. Coss Ortega was formerly a legal assistant for immigration attorney, Alma Montes de Oca. In 2016, Coss Ortega participated in the Arizona Legislative Internship as a Policy Intern for the Senate Democratic Staff Office. He has an expected law school graduation date of 2020 after which he plans to remain in Arizona to pursue his legal career and help students gain access to higher education. 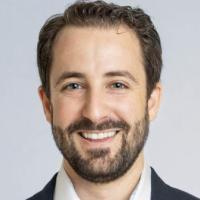 In September 2013, Ben founded E & G Real Estate Services out of a bedroom in his home. In 2014, he opened an office near the Biltmore and has been recognized as one of the fastest growing ASU Alumni owned companies for the past 4 years, twice in the top 5. Effective 2021, E & G manages approximately $200,000,000 in real estate assets with 35 employees.

Ben is a graduate from the Barrett Honors College at Arizona State University in 2008 with a major in Communication and minor in Religious Studies. Ben is married to his wonderful wife, Sasha, who allowed for the company to be run out of their home during its first year of operation. They have one rescue dog, named Riley. 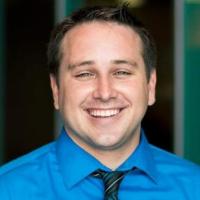 Steven Slugocki graduated with a Bachelor of Science in political science and a minor in U.S. history from Arizona State University in 2007. He is one of the founding members of the Dean’s Council Emerging Leaders program in The College of Liberal Arts and Sciences.

Slugocki works in small business sales for Wells Fargo and previously served as the elected Chairman of the Maricopa County Democratic Party from 2015 to 2020. He resides in North Phoenix with his wife Megan, also an ASU graduate, and their son Cody. He also serves as Phoenix Mayor Stanton's appointment to the Neighborhood Block Watch Fund Oversight Committee. 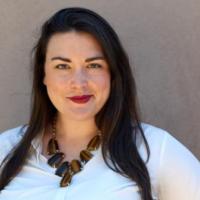 Before joining Waymo, Amanda worked as a reporter and editor for publications in Metro Phoenix and was a public relations director at an agency in Scottsdale. A proud Sun Devil (Class of 2011), Amanda lives in South Phoenix with her husband and two Arizona Animal Welfare League alums, Lt. Barclay (for pronunciation: Barkley — it's a Star Trek thing) and Dabo (for pronunciation: like Cabo — another Star Trek thing). 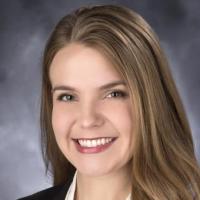 Samantha Winter graduated summa cum laude with three Bachelor of Arts degrees in English literature, Spanish and history in 2008. In 2011, she earned her law degree at the University of Notre Dame Law School. She received an LL.M. in Taxation from the University of San Diego School of Law in 2015. Currently, Winter practices law as an estate planner and probate litigator with Sacks Tierney, PA in Scottsdale, AZ. In addition to her legal work, she is an accomplished singer who has performed the National Anthem at various events. She also serves as board member of The League, the young professionals group with the Arizona Animal Welfare League and SPCA, and volunteers as an attorney coach for the mock trail team at her alma mater, Xavier College Preparatory.

How can I become an Emerging Leader?

If you want to become an Emerging Leader, please contact The College's Office of Development at 480-965-2617 or email lisa.roubal-brown@asu.edu.

How can I donate to The College?

Get in touch with a member of our development team, or search funds and causes to support on The College's ASU Foundation webpage.